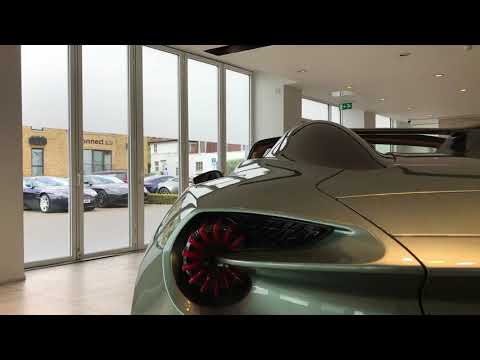 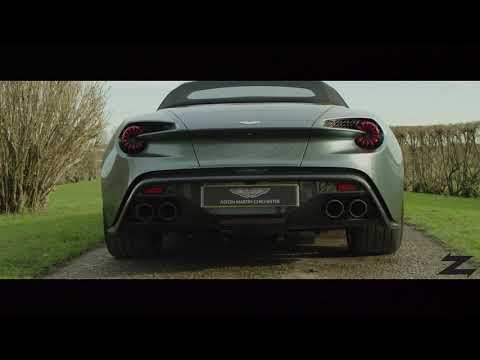 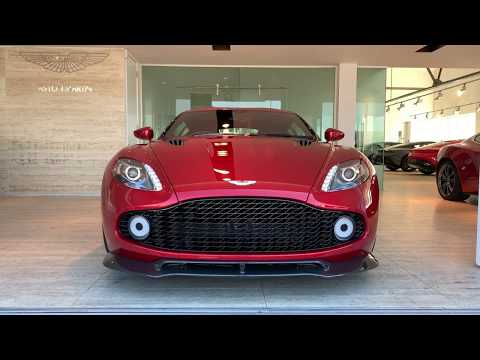 *FOR CARS OVER TWO YEARS OLD. **LIMITED PERIOD WILL APPLY, RATES MAY VARY.

Vanquish is the flagship model for Aston Martin and is available in the pre-owned market in hard-top coupé or Volante (convertible). The elegant, fluid lines of the carbon fibre body and the muscular wheel arches create a look of balance and poise. Iconic swept-back headlights and front grille and a new front splitter creates its distinctive Aston Martin appearance.

The Vanquish plays homage to the previous limited production run Aston Martin One-77, with similar LED rear lights, side strakes, and bonnet vents. Another feature added to Vanquish is the new boot lid Aero Duct, which offsets rear-end lift when travelling at high speeds.

Vanquish S Volante is also the most technologically advanced convertible ever produced by Aston Martin whilst still offering surprising practicality for everyday use. The convertible roof takes just 14 seconds to fold, and can be opened when traveling up to 30mph.

Vanquish S Ultimate is the latest model variant within the Aston Martin Vanquish Range. Developed from the design styling of the Vanquish S, with three exquisite exterior and interior themes which represent the ‘best of Vanquish’ over the last 6 years.

The Vanquish S Ultimate features the carbon-fibre front splitter and rear diffuser that made the Vanquish S such a stunning visual statement. These components give it a low, lean and menacing air, but they also contribute to impressive aero performance, with tiny ‘turning vanes’ at the outer edge which reduce lift at speed. Vanquish S Ultimate is the fastest and most powerful of all Vanquish models. Power is up to 595bhp (603PS); top speed is 201mph and 0-62mph (0-100km/h) takes just 3.5 seconds.

Back
Compare Saved Vehicles
Top
Close
Your Cookie Settings
Select your cookie settings
Strictly Necessary Strictly Necessary cookies are essential to let you move around the website and use its features, such as accessing secure areas, shopping baskets and online billing. These cookies allow our website to provide services at your request.
Performance Performance cookies collect information about how you use our website e.g. which pages you visit most often, and if you experience any error messages. They also allow us to update our website to improve performance and tailor it to your preferences. These cookies do not collect any information that could identify you - all the information collected is anonymous. They will not be used to target adverts to you on other websites.
Functional Functionality cookies are used to remember the choices you make, e.g. your user name, log in details and language preferences. They also remember any customisations you make to the website to give you enhanced, more personal features.
Targeting Targeting cookies collect information about your browsing habits to deliver adverts which are more relevant to you and your interests. They also measure the effectiveness of advertising campaigns.
Save Settings
Cancel Changes